Based on the 2007 film of the same name, Waitress premiered at the American Repertory Theatre in Massachusetts in August 2015 before beginning previews on Broadway at the Brooks Atkinson Theatre in March the following year. The movie, written by Adrienne Shelly, was a cult hit and follows the story of Jenna Hunterson, a waitress and expert pie-maker who wants to find a fresh start away from her abusive husband. After she gets pregnant, she begins an affair with her doctor, Dr. Jim Pomatter, and enters a pie competition with the hopes of transforming her life with the grand prize.

The music and lyrics were written by Grammy-nominated singer/songwriter Sara Bareilles, with a book by Jessie Nelson. Shelly sadly died in 2006, but her husband gave the musical permission to use some of her unfinished scripts so that the show held as much of her ‘voice’ as possible and stayed true to her spirit. Nelson described Shelly as ‘another collaborator in the room’ and told NPR, ‘I just hope she somehow knows and is happy about all of it.’ Director Diane Paulus agreed, saying that she hopes the adaptation is a fitting and fun homage to Shelly and her writing. Paulus has developed other screenplays for the stage including Finding Neverland and Pippin, which also premiered at the American Repertory Theatre in Massachusetts. She said that she was attracted to the Waitress because of the way it represents what the women around her were struggling within their everyday lives.

The show has been a huge success: it was nominated for four Tony awards and is beloved by audiences for its warmth and empowering message as Jenna overcomes the obstacles around her to create a life for herself that she’s happy with. The show manages to find a perfect balance of everyday life and fluffy escapism with the incredible pies that Jenna is so skilled at making. 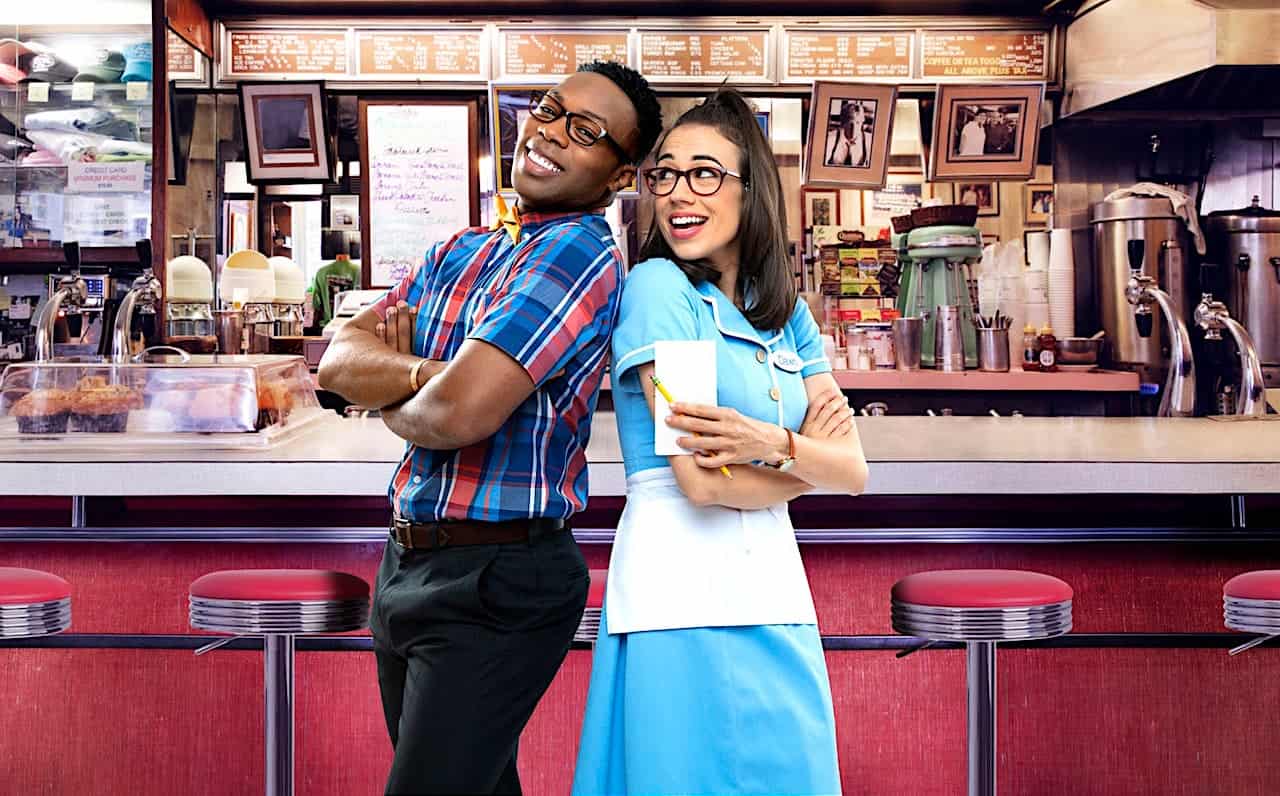 Waitress has been at the Brooks Atkinson Theatre on West 47th Street in Manhattan since its Broadway premiere in 2016. The theatre was constructed in 1926 by the Chanin brothers when it was known as the Mansfield Theatre. It was designed by architect Herbert J Knapp, who also designed a number of other theatres including the Lyceum, Shubert and New Amsterdam theatres. It was leased to CBS in 1945, and What’s My Line? Was recorded there for a number of years before it returned to theatrical use in 1960 and was renamed after the theatre critic Brooks Atkinson. There are frequent changes in the set and scenery over the course of the show, but it’s all done with a slickness that means that the audience will just be carried along with the story. 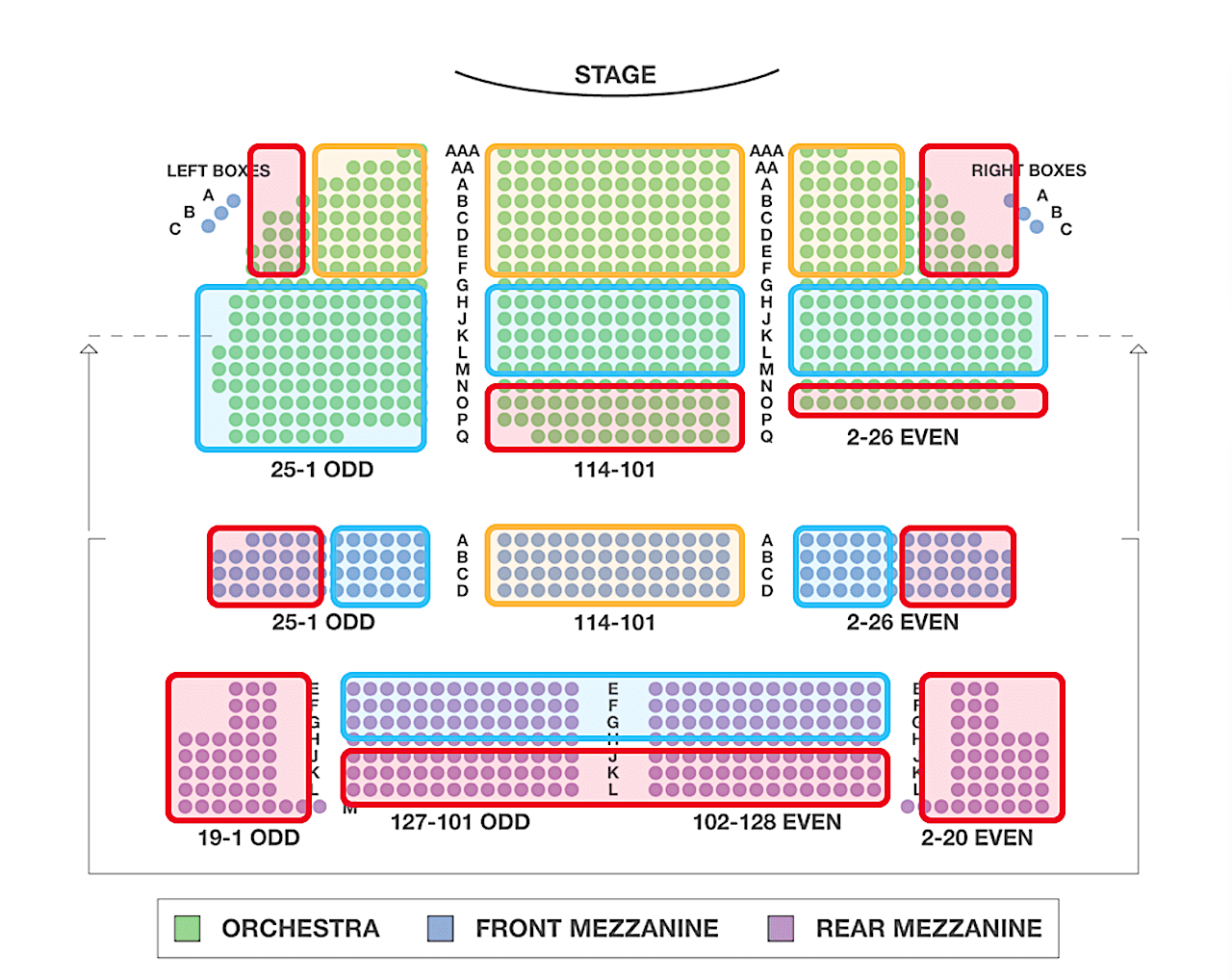 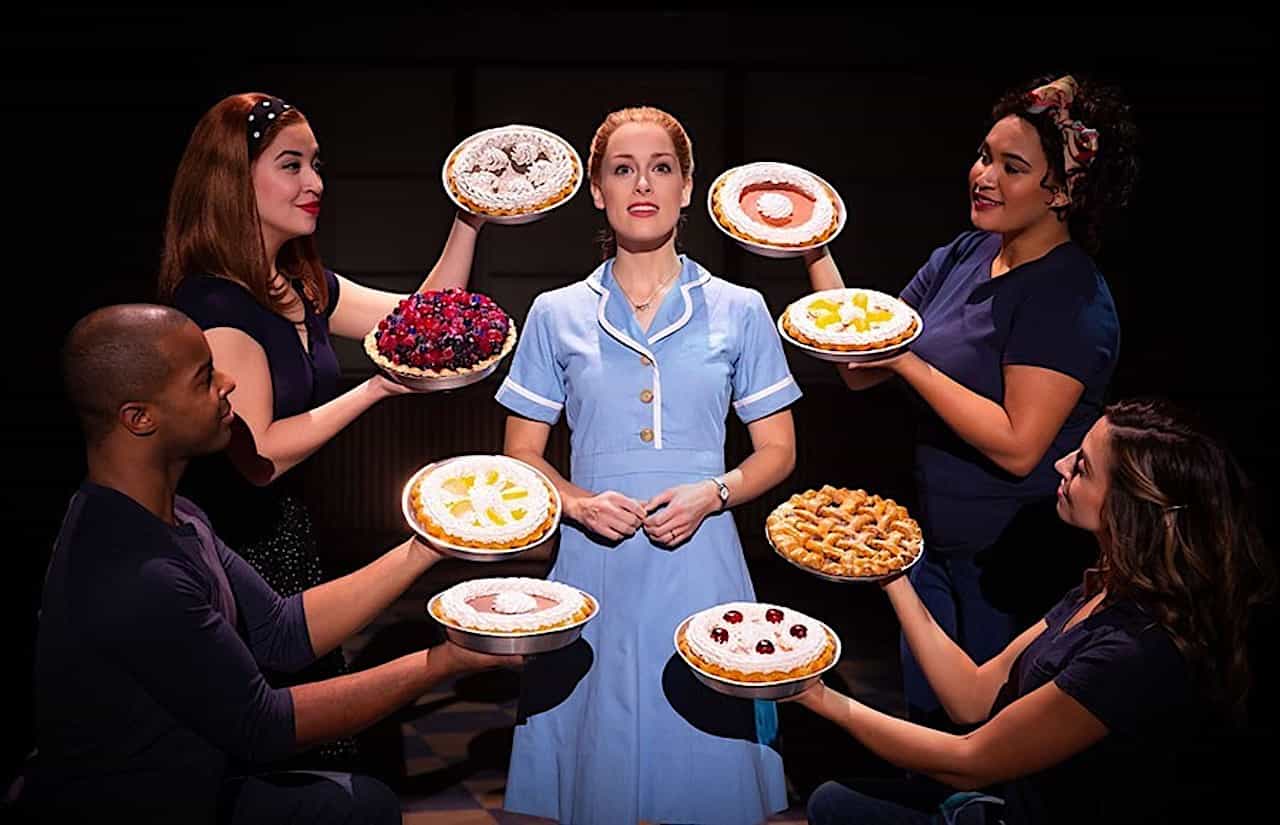 The show is comprised of two acts: the first introduces waitress and pie baker Jenna, who works at Joe’s Diner and finds out, to her dismay, that she’s pregnant by her abusive husband. She decides to escape her life with her baby by entering a pie-making competition and using the winnings to leave, but she encounters some obstacles, not least her OBGYN, Dr. Pomatter, who she forms a connection with. Through the second act Jenna watches as her friends fall in and out of relationships and she continues her affair with Dr. Pomatter – but when her baby is born, she must make some difficult decisions. 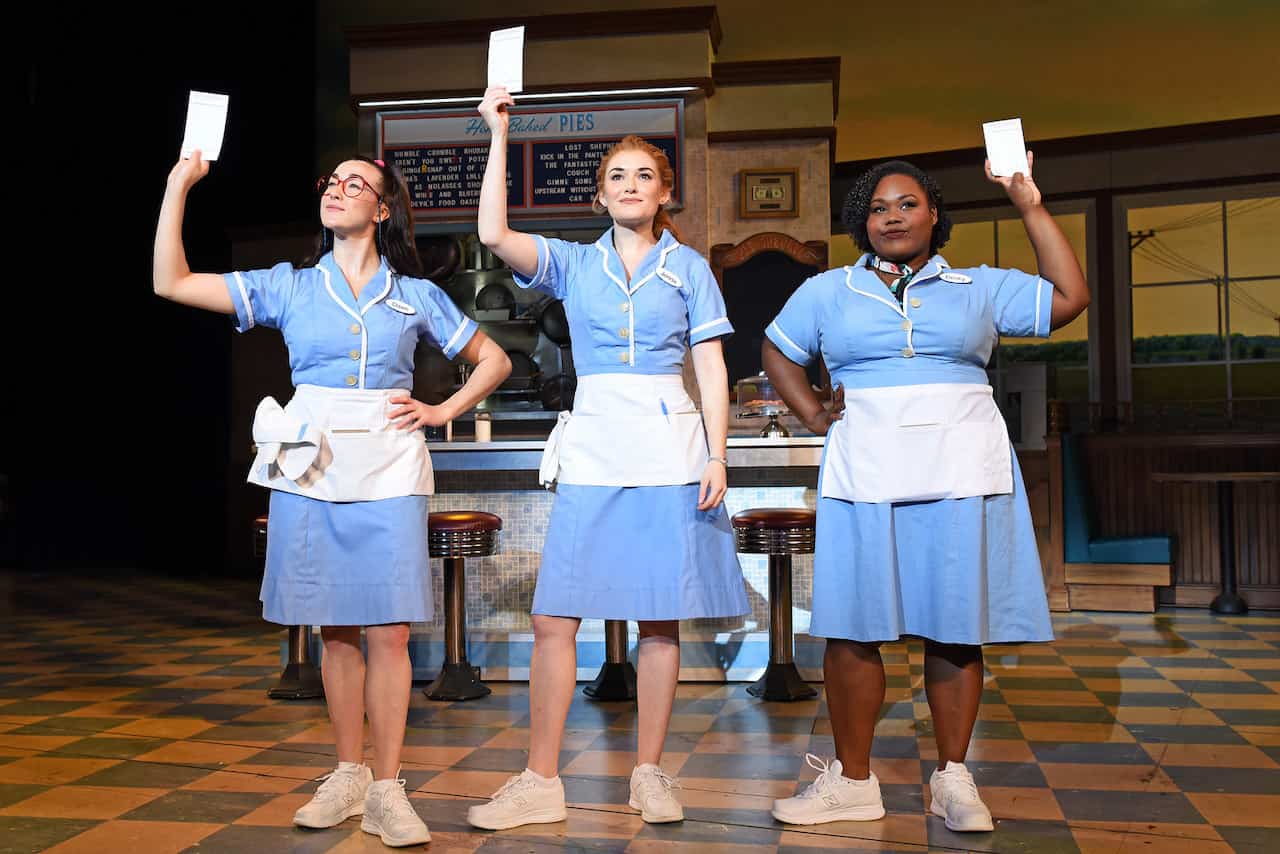 Is there anything better than a theatre that actually smells like pies? The scents of cinnamon and nutmeg will roll through the theatre to lull the audience into the show throughout the entire production, while the actress playing Jenna has to crack eggs, sift flour and roll dough while she’s onstage. The most spectacular moment of the show is arguably Jenna’s song part of the way through the second act, She Used To Be Mine, a powerful ballad in which Jenna sings about her despair at losing her sense of herself. It’s a shatteringly emotional moment that underlines the real themes of this beautifully bittersweet show. 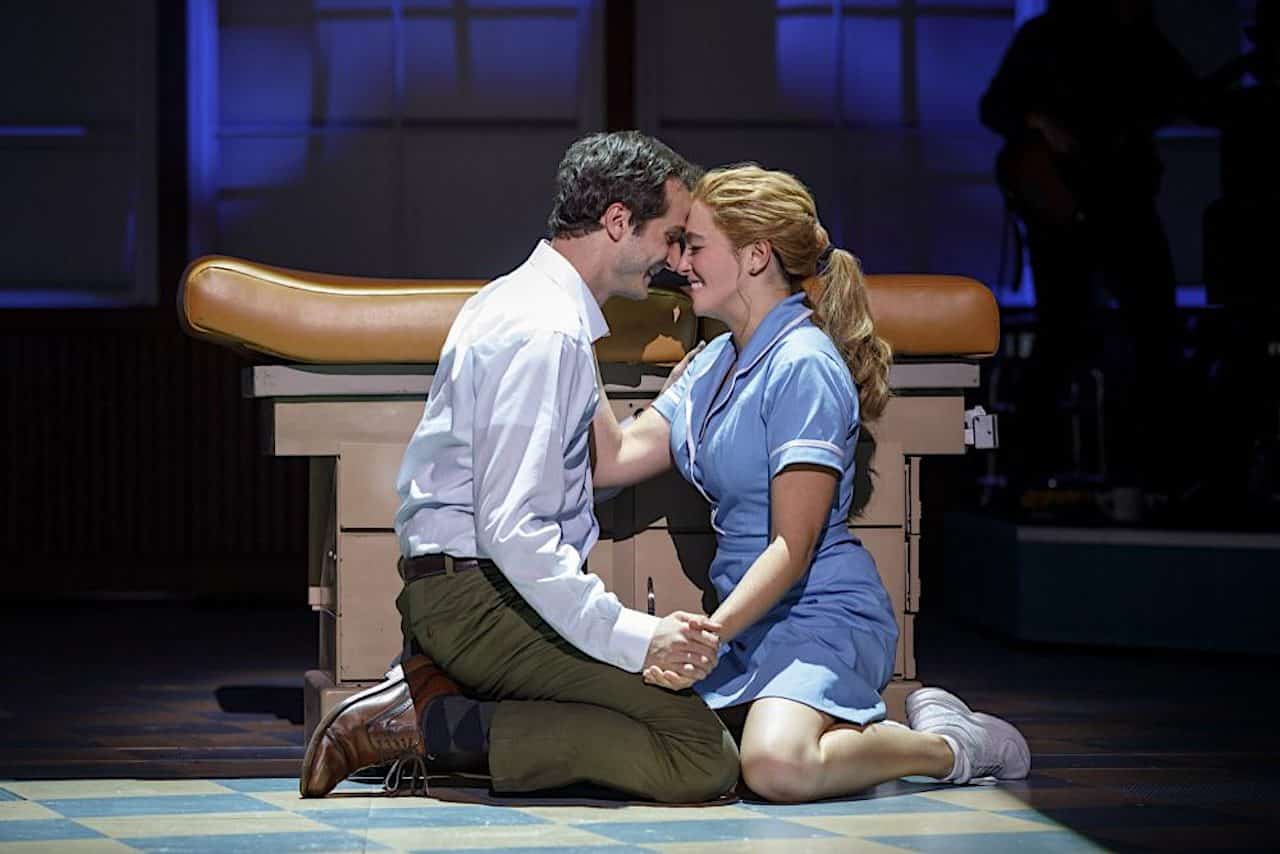